If you enjoy drinking, you probably know about distilleries and may have even been inside one at some point. If you're not familiar with the term, a distillery is a facility that produces alcoholic beverages like whiskey, vodka, gin, and rum. Particularly, the state of New York is frequently chosen by the distilling sector. It has a fascinating history and more than 100 distilleries.

Today, there are many fully operational distilleries spread out over the state of New York. But these distilleries would not exist without the difficult fight to legalize the manufacturing and distribution of alcohol. Understanding and appreciating the historical turning points that contributed to the current state of the distilleries in New York is crucial.

The first commercial distillery in North America was constructed in Staten Island in 1640. This was the first time that alcohol was distilled in New York, which at the time was known as New Amsterdam. The classic Dutch Genever, a gin-based drink made from grains was recreated by the Dutch settlers of the island. From this point, distillation started flourishing and rapidly developed to be an important part of New-World society.

The demand for rum increased after the British took control of the American colonies because it was the drink of choice for the colonists. Due to this, there was outrage when Britain increased taxes on molasses, a component used to produce rum. Britain continued passing regulations like the 1733 Molasses Act and the 1764 Sugar Act in an effort to restrict access to molasses.

However, America's rum consumption reduced drastically after the American Revolution as people started producing whiskey. Following the country's independence, whiskey became essential to its farms. A violent protest of farmers and distillers resulted from the imposition of a whiskey tax in 1971. This incident is famously known as the Whiskey Rebellion. 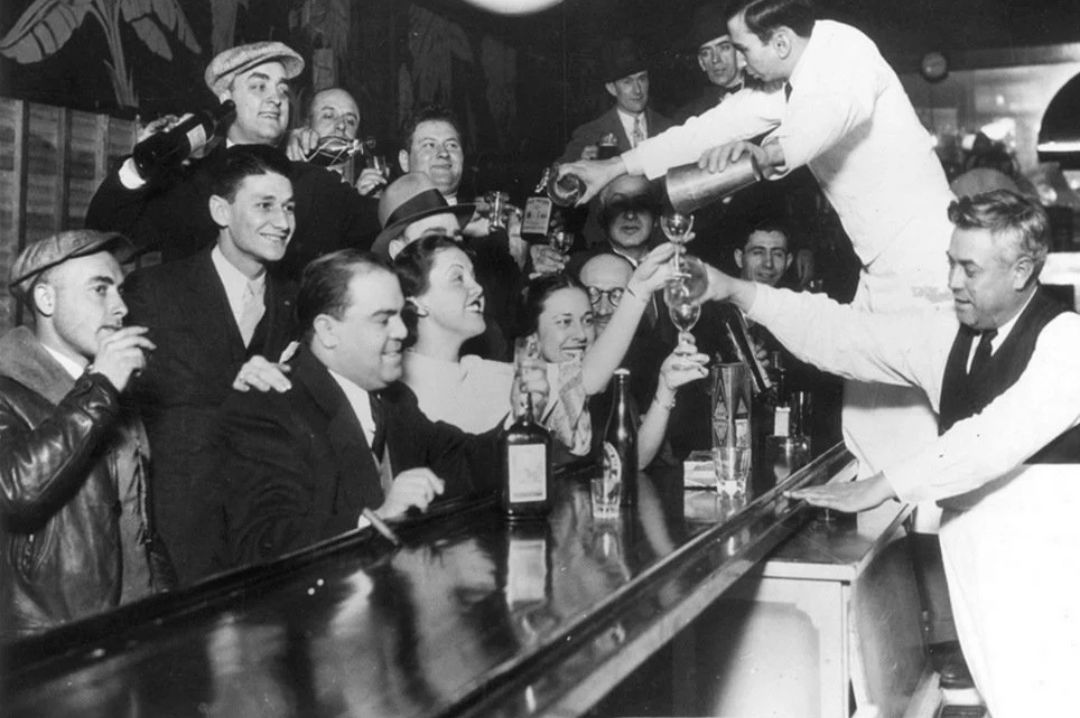 The Golden Age of Distillation

The "Golden Age" of New York distillation began in 1802, this year the whiskey tax was finally abolished. Brooklyn became a popular location for whiskey manufacturers to serve alcohol across the city as the number of farm distilleries started increasing rapidly across the state.

However, the start of the Civil War and the significant costs associated with it led to the restoration of whiskey taxes. Due to the rising cost of taxes, several distilleries went out of business.

The Prohibition era, which lasted from 1920 to 1933, was devastating for the American distilling industry. Alcohol production, distribution, and transportation were all banned by the 18th Amendment.

In addition to increasing violence and the number of criminal groups, Prohibition gave rise to "bootlegging," the illegal manufacturing and sale of alcohol. Prohibition would eventually ended in 1933 with the adoption of the 21st Amendment. 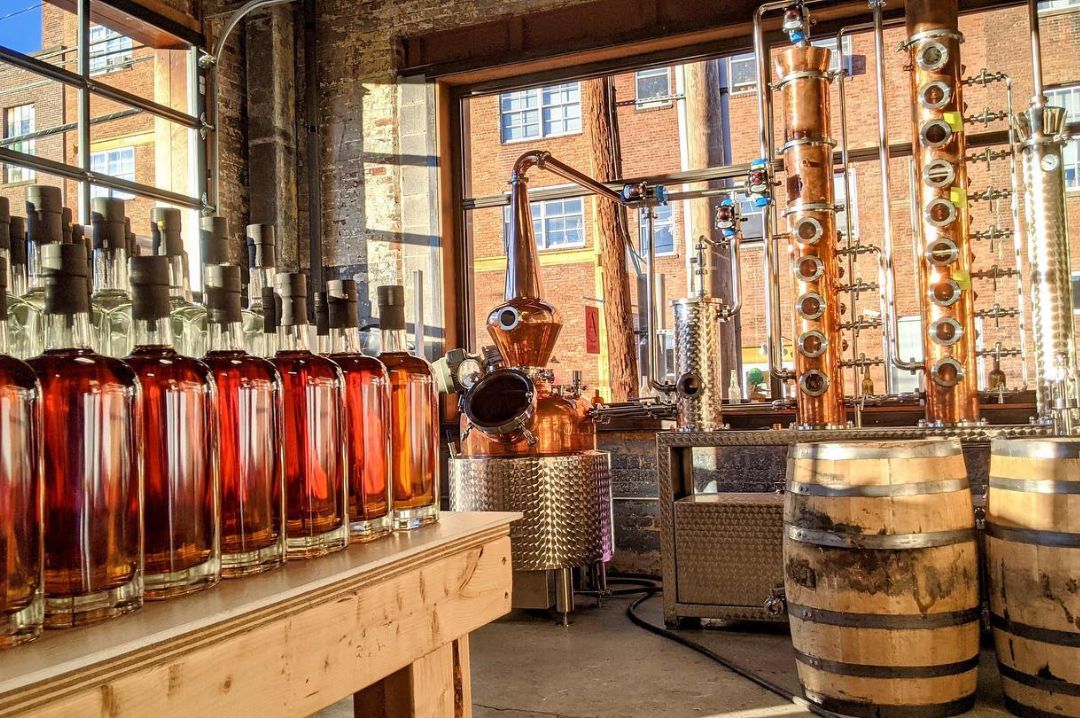 The restoration of distilleries in New York in 2004 after consulting with the state was the beginning of modern distilling. Since that time, the state has witnessed the establishment of numerous distilleries, many of which are still operating today. Let's explore some of New York's most successful distilleries in some of the most popular areas, beginning with the Albany region. 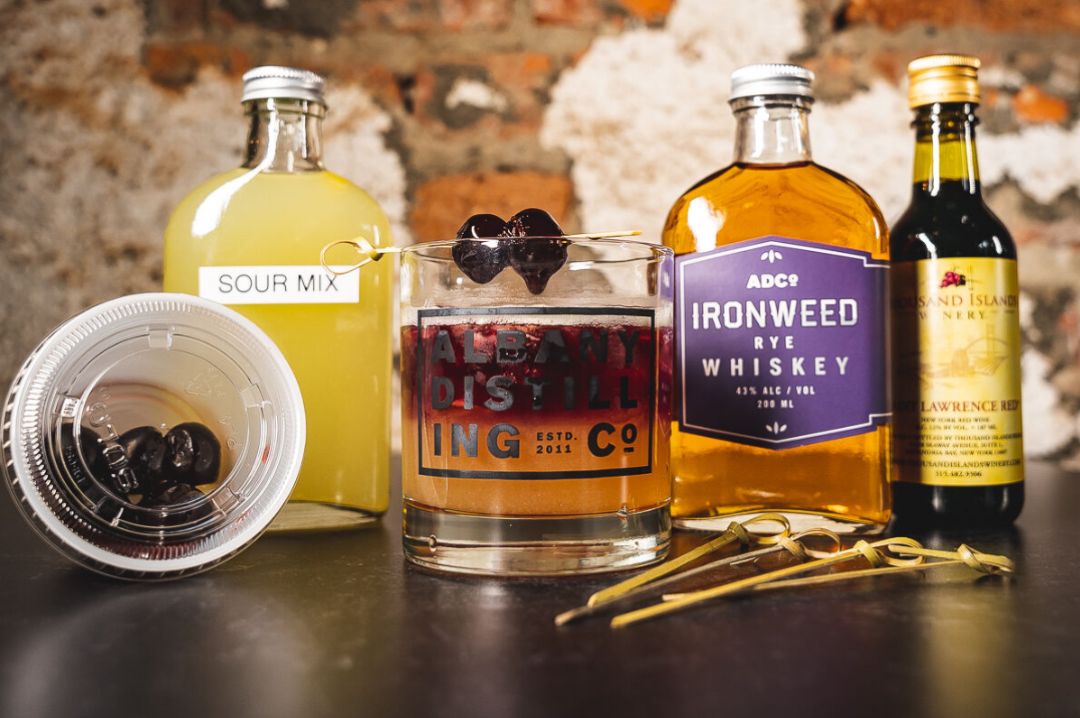 Albany, the state capital of New York has numerous distilleries, including Albany Distilling Co. and Capital Distillery. The region also has some popular wineries, such as Empire Wine & Liquor and Capital Wine & Spirits Albany.

The award-winning distillery Albany Distilling Co. is located in New York's historic downtown. The distillery carries a rich history and elegance.  It was established in 2011 and was the first licensed distillery in the city since Prohibition. The company has produced a wide range of rums, aged and unaged whiskeys, and vodkas since the introduction of its first product, a bourbon-mash whiskey.

Bethel is a popular location for art and music festivals, including the widely attended Woodstock Festival, along with other community activities and festivals. You will get many popular NYS distilleries in this region like the Catskill Distillery, Do Good Spirits, Milk Street Distillery, and Tuthilltown Spirits Distillery.

The Catskill Distilling Company was founded soon after the NYS Farm Distillery Bill was passed. Since its launch, the distillery has experienced significant growth each year. Its extensive range of alcohol includes products like vodka, whiskey, grappa, and gin. Themes of love and peace are well-represented in their alcoholic offerings. Their Curious Gin, Fearless Wheat Whiskey, and Peace Vodka are well-known for capturing themes like love and peace. The company also welcomes guests to its many festivals and musical events. 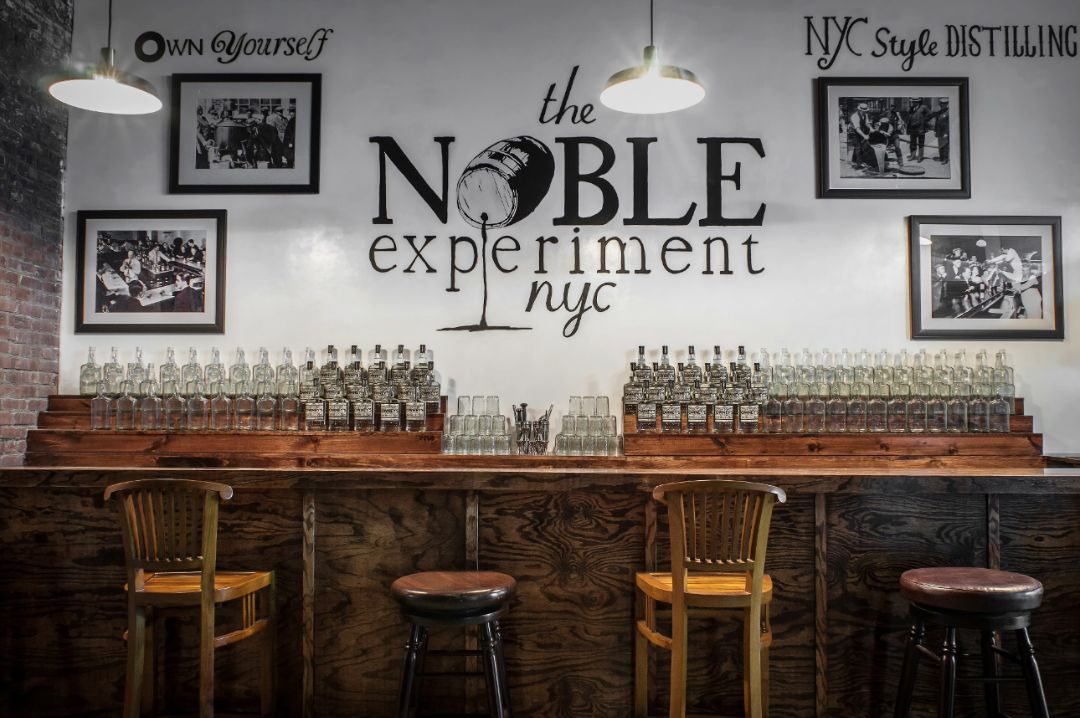 Brooklyn is now home to many distilleries, including Greenwood Grape & Still, Kings County Distillery, and Van Brunt Stillhouse, which were once known as the major area for whiskey manufacturing during the Golden Age of distilling. Additionally, it is well known for having a variety of tourist destinations like the Brooklyn Bridge.

The Noble Experiment is New York's first premium rum distillery since Prohibition and the home of Owney's Rum. The business was formally established in 2012 after the owner, Bridget Firtle, saw a chance to reintroduce rum to the United States, particularly to her hometown of New York City. Her firm was a success because of her extensive knowledge of the history of the distilling movement and the spirits industry.

The distillery has an elegant interior with large windows, a rustic tasting area, and adjoining bars and art galleries. In addition to rosemary and mint grown in the company's own backyard, its line of rum products also has touches of molasses, caramel, vanilla, and tropical fruit aromas. 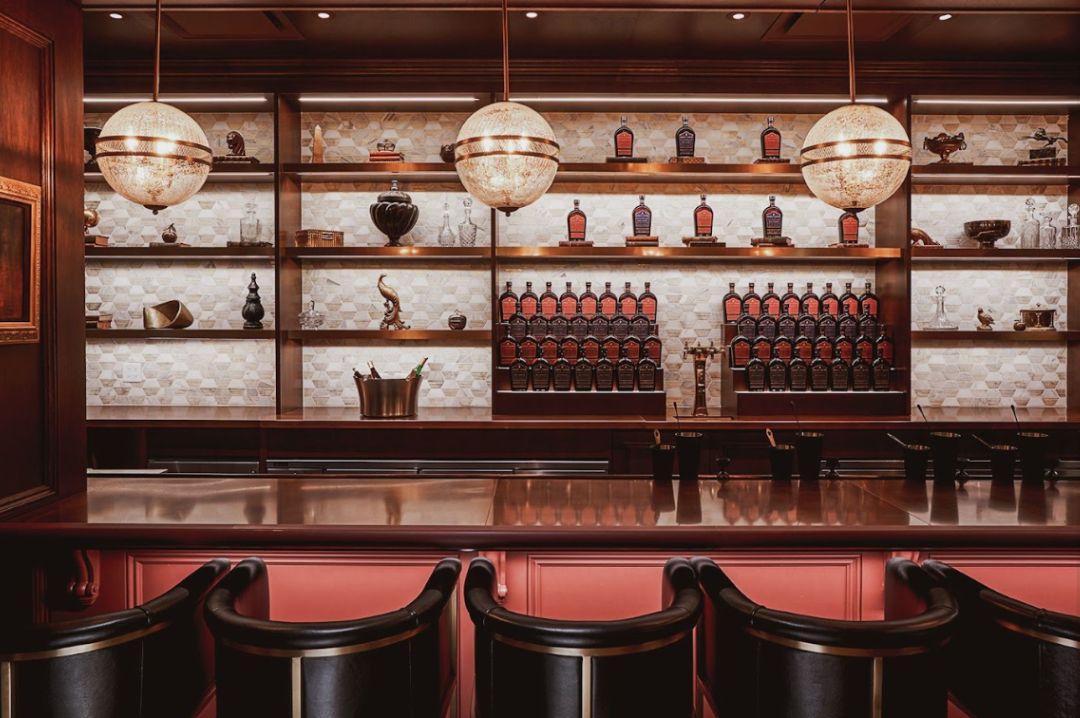 The most populous borough in New York is Manhattan. It is also home to several famous landmarks like Central Park, and the Empire State Building. It also has a lot of vineyards and distilleries with beautiful views that attract tourists back again and again. These organizations include Port Morris Distillery, Gotham Winery, Montesquieu Winery, and Great Jones Distilling Co.

Great Jones Distilling Co., opened to the public in August 2021and is currently Manhattan's first authorized whiskey distillery since Prohibition ended in the 1920s. The moment you enter, its timeless, nostalgic design transports you back to the '20s. The 28,000-square-foot establishment has a tasting room, many dining options, and a functioning distillery.

The hearty bourbon and rye products from Great Jones have a distinctive flavor combination that includes hints of vanilla, dried fruit, rye pepper, toasted corn, oak, and marzipan. Visitors can schedule a visit to the distillery that includes a number of activities, including a glimpse of the whiskey-making process, cocktail pairing, and professional mixology training. 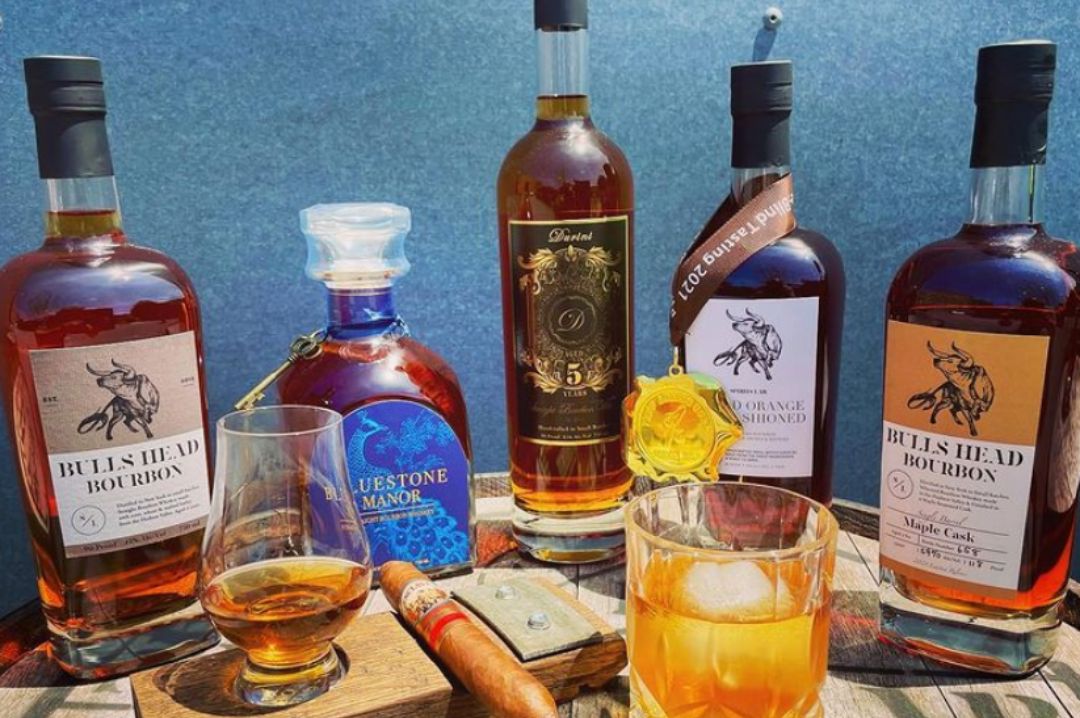 It is understandable why Orange County is a well-liked destination in the metropolitan area of New York with its good schools, affordable housing, efficient transportation options, and diversity of enjoyable activities. Numerous wineries and distilleries are also located in the area, including Clearview Vineyard, Spirits Lab, and Orange County Distillery.

The newest craft distillery in the Hudson Valley is Spirits Lab. The distillery has partnered with artisans from all around the world to provide customers with premium spirits. In order to create premium quality cocktails, the company uses locally cultivated grains and botanicals to produce its bourbon, rye, vodka, and gin. To show its respect for the region's rich heritage, several of its alcoholic beverages bear the names of famous New York locations like the Five Points Rye.

We hope you are tempted to schedule your next tour or visit a whiskey distillery in New York after looking over our extensive list of the city's best distilleries. Consider visiting one of these distilleries if you are staying in the region, planning a trip here in the near future, or both to learn more about the process and try some delicious alcohol.