A year later than scheduled but the 2021 Tokyo Olympics are here!  Athletes from all over the world have flocked to Tokyo to bring medals and recognition for themselves and their country. After a few days of competition, some of the names will be immortalized for their wins and record breaking performances. Closer home, there will be plenty of celebrations and drinking opportunities to celebrate the much-awaited event.

When the Olympics come around, drinking games are the perfect way to watch them with your friends. Get ready to get insanely competitive over these fun drinking games. Let the games begin! 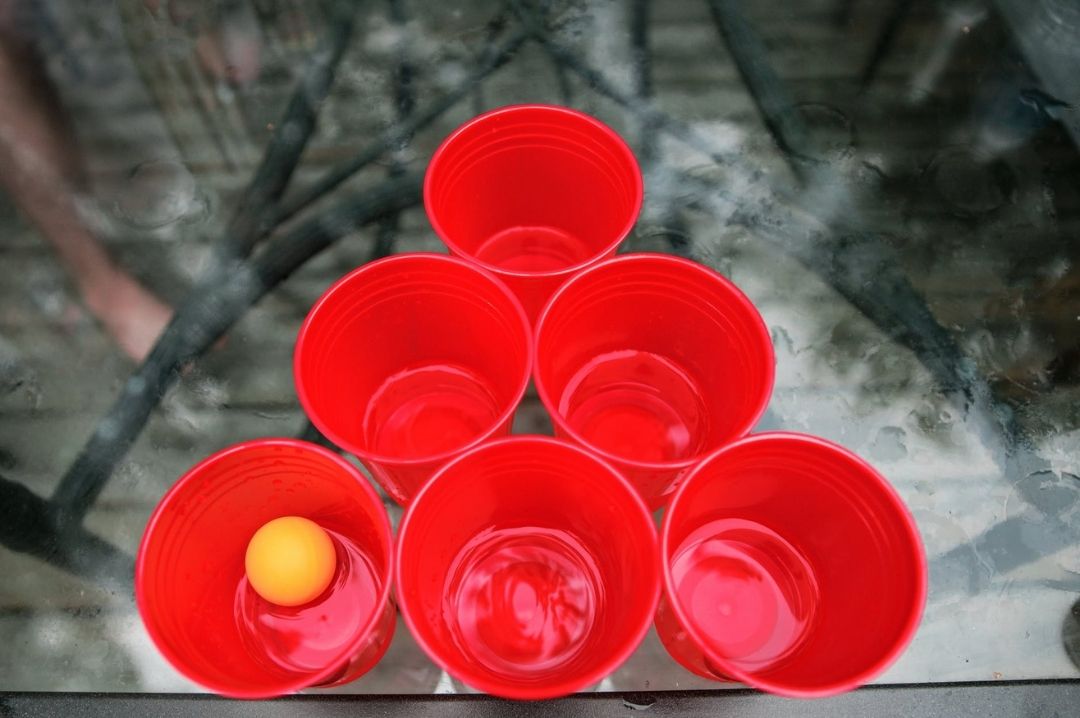 Let's begin with a classic college game, one that most of us have probably played. Beer Pong is the perfect Olympics drinking game to celebrate the Tokyo Olympics with. You know the rules, individuals or a team are at loggerheads. Set up the cups on the table and have a go at throwing the balls in the cups. Every time you land a ball in the opponent’s cup, they have to drink the beer from the cup and remove it from the table. The team that clears the opponent's cups first, wins (or progresses depending on the number of entrants).

Beer Pong can be turned into pool pong if there’s easy access to a swimming pool.

If the Olympics party is going on as long as the event is, there are high chances there will be more than a few empty beer cans lying around. Ten Can Bowling is the next Olympics drinking game that you have to try. There are some variations about the scoring of the game, but the simplest is taking as many gulps as the cans knocked down. In case of a strike, you get to nominate someone from the opposing team to down their entire drink. This time around you also don’t need to put on bowling shoes.

The game to start your drinks Olympics with if the aim is to get everyone tipsy right from the beginning.. If there are heats and finals involved because of the number of people taking part in the competition, this game will knock it out of the park. Take a bucket and fill it up with beer (1 can per team member). The end goal is simple, chug the beer down as quickly as you can. This game can be done on a time trial basis or the teams may battle simultaneously.

The relay is a much-anticipated event at the Olympics. For the last three Olympics in a row, the Jamaican and American teams have crushed the competition, making it an outstanding battle between world-class athletes. The garden beer relay has the chance to become a similar drinks Olympics game (minus the world-class athletes ). But this race features beer.

There are several ways of enjoying a garden beer relay. There could be a table of beers at the halfway point of each leg or you could use a beer instead of a baton. The player who runs next has to drink that beer before going on his leg of the sprint. 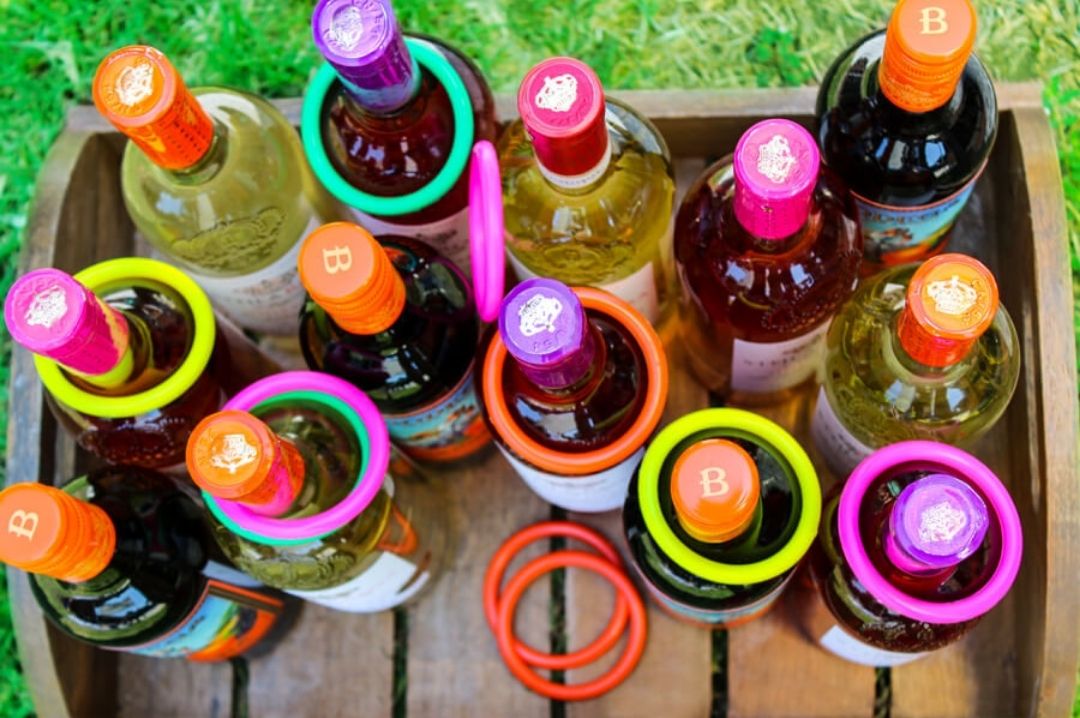 The crowd pleaser at a carnival, the ring toss has its Olympic drinking game option too. All you need is a wine bottle or two and a set of rings. To start off, mark a spot on the ground a few steps away from the wine bottle. Both the teams have to throw the rings one after another. Every time the ring misses the wine bottle, the tosser has to drink. The first team to reach the neck of the wine bottle wins the competition. Get your wines for the wine bottle ring toss from Stella Rosa Wines, produced in Los Angeles by the Riboli family.

An elevation of the volume chug, case race is perfect for anyone looking to remove the hassle of extra equipment. Either in teams or individually (that would be a sight), all you have to do is finish a case of beer faster than the opponent. Once the case is finished, you   have the event's winner, but you are also ready for the ten can bowling event.

From the cold regions of Russia comes this truly tipsy Olympics drinking game. Everyone playing  sits in a circle. A mug filled with beer is passed around with everyone taking a sip. The amount of sip is replaced with vodka. The mug gets passed around until it's just vodka. And then it's done again, just backwards! This sets up the participants for the final Olympics drinking game.

Strictly play this game at the end of the Drinks Olympics so that there’s maximum hilarity. Nominate a batsman and a bowler from each team. The batsman has to down their drinking as quickly as possible and move on to spinning around the bat ten times. The bowler has to bowl to the batsman and then chaos ensues. Chaotic results, lots of laughter follows, ending the Drinks Olympics in the best manner possible.