Do you know how what is in your glass cup is made? Do you know the steps that were taken to make that whiskey you’re sipping consistently palatable for humans? Are you aware of the various ingredients and alcoholic elements mixed up together to create your favorite drink?

Congratulations! If you can answer those three questions confidently and correctly, of course, then you are part of the few people who drink and have an in-depth knowledge of what they are drinking.

There is so much about spirits and other hot drinks that are unknown to the average alcohol drinker until distilleries like New York Distilling Company are visited and toured around for information. Until there is some practical knowledge, most of the information one might have about these drinks will be vague.

In New York, so many major changes in the regulations governing local alcohol production have led to an almost “free-for-all” in that area of local distilling. All through the city and its boroughs, many self-starters have taken advantage of the situation. They have started engaging in the process of making moonshine and then turning that raw moonshine into some whiskey or rum that’s consumable by humans.

You can see many local distillers having their work stations lined with gleaming copper stills and oak casks. The result of this is that in New York these days, drinks like rum, vodka, chocolate liquor, and gin are now locally produced and distributed, allowing bars and saloons to make their own local and unique cocktails. These opportunities are also extended to the customers as well who now get a chance to sip their favorite alcoholic brand straight from the source at DIY cocktail bars.

These distilleries offer some of the best of the city’s hospitality and fun-loving vibes, so it’s of a guarantee that you’ll be having some fun at these establishments. Many of them now offer tours and house tasting events apart from their awesome cocktail bars, which are often quite the scene at happy hour.

Distilleries In And Around NYC

Some of the distilleries available in the city of New York include;

Port Morris Distillery is one of modern distilleries in the New York scene; it was founded in the year 2010 by Rafael Barbosa and William Valentin (the two owners). The services offered by the Port Morris Distillery include a tour of the whole facilities organized by the management for visitors who are eager to learn about the company’s distillation process. Guess who takes you and the other enthusiasts around for the tour? No other people than the owners themselves; Rafael Barbosa and William Valentin!

There is also a bar space that’s a reminder of the happy mode the owners are trying to establish with the place. Pitorro, one very unique Puerto Rican drink, is one of the customer-favorites served at The Port Morris Distillery. Some cocktails, like the Salma Hayek, also stir up the customer’s fancy when served at this distillery.

When you get to this place, there are also many complementary tastes of their beloved Pittoro designs that you can take advantage of. Visit the Port Morris Distillery at 780 E. 133rd St., nr. Willow Avenue. 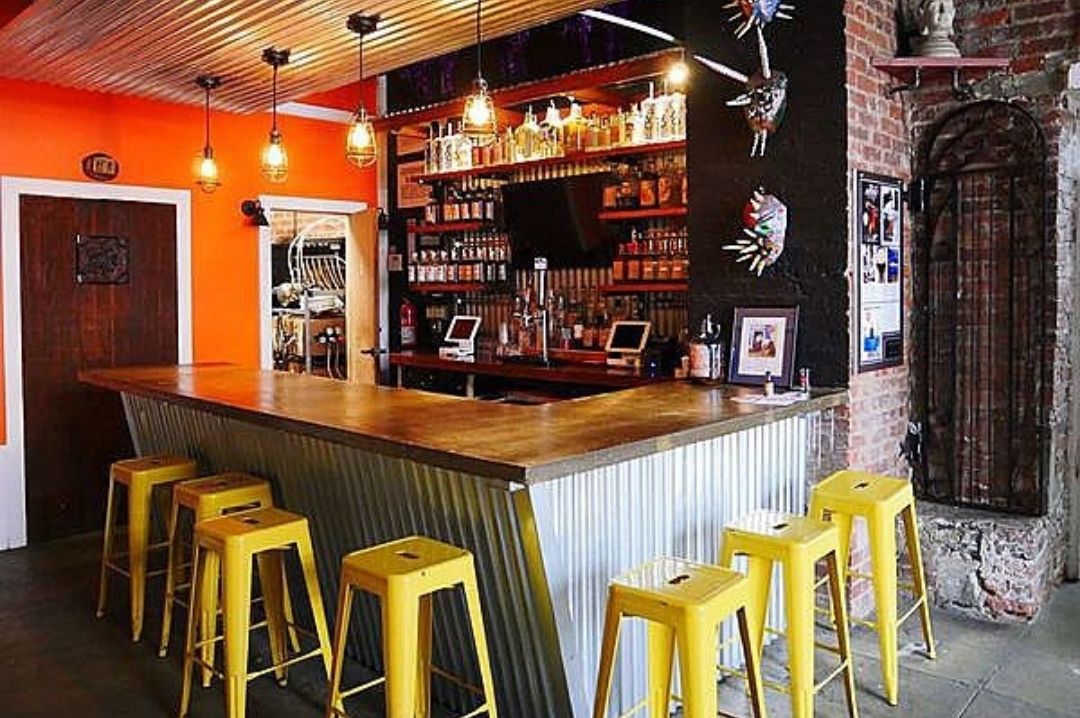 The best spirits in New York are made in the New York Distilling Co., and this is a proven fact; this is because the owners of the distilling company have decided only to be involved in the making and distribution of top-quality spirits made by their set of industry distilling experts.

When New York Distilling Company was established back in 2011, Allen Katz and Tom Potter, the owners, decided to be involved only in excellence. They have an online Shanty store where you can find the list of their cocktails and bottle up for sales. And they also sell hand sanitizers to keep their customers safe.

You can find the New York Distilling Company at No. 79 Richardson Street, Brooklyn, New York. 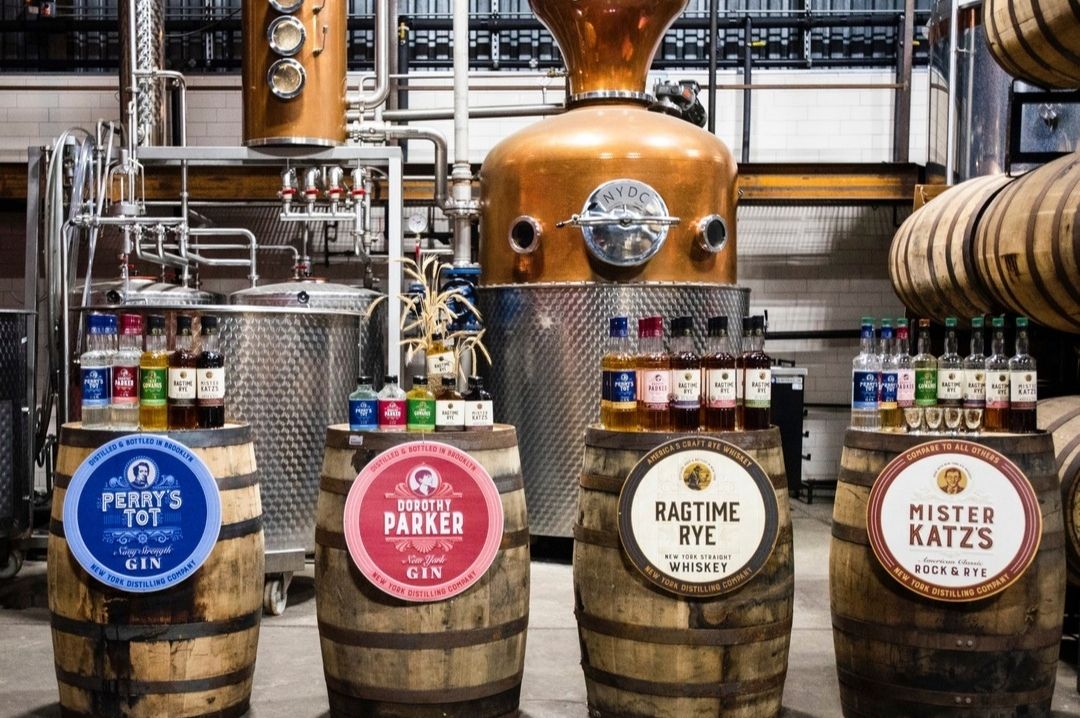 The distillery is heavily involved in the production of an American dry gin that is vacuum-distilled American dry gin. Greenhook Ginsmiths mostly focuses on making gin products that reflect the flavor and creativity that American gins are known for.

Their premium distillation process involves the addition of nine botanicals to a spirit that acts as a base for the entire operation; this special process of distillation is one that will surely catch your fancy.

For only $20, you can get to tour this distillery on a Saturday afternoon while you “swim in a river of gin” as the management promises. This is one place you’d like to visit. 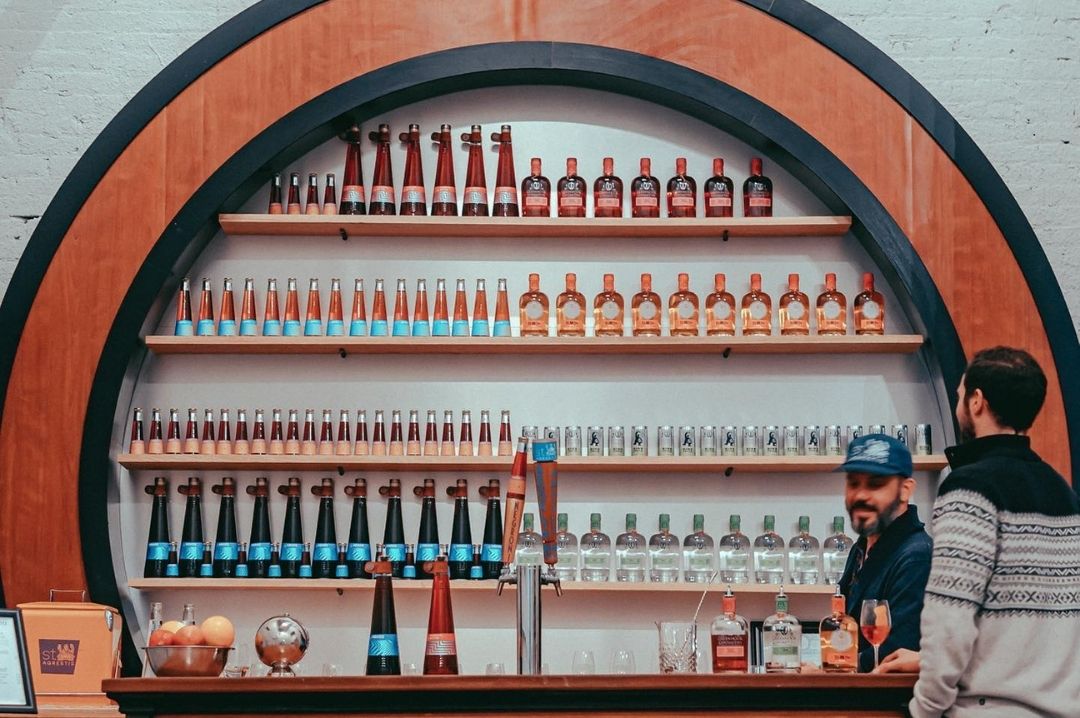 The distillery, Van Brunt Stillhouse, is one of the renowned New York distilleries that use time-honored techniques to distill their drinks. Most of their raw materials (rye, corn, wheat, etc.) are sourced from local farmers in upstate NYC farmers. That’s to show you that all their products are made seamlessly from scratch.

Some of the drinks you can find there include spicy rye whiskey, smoky corn whiskey, old fashioneds, etc. Most of the drinks are guaranteed to hit the spot, and they are also quite affordable.

The Van Brunt Stillhouse is located at No. 6 Bay Street, Brooklyn, New York. 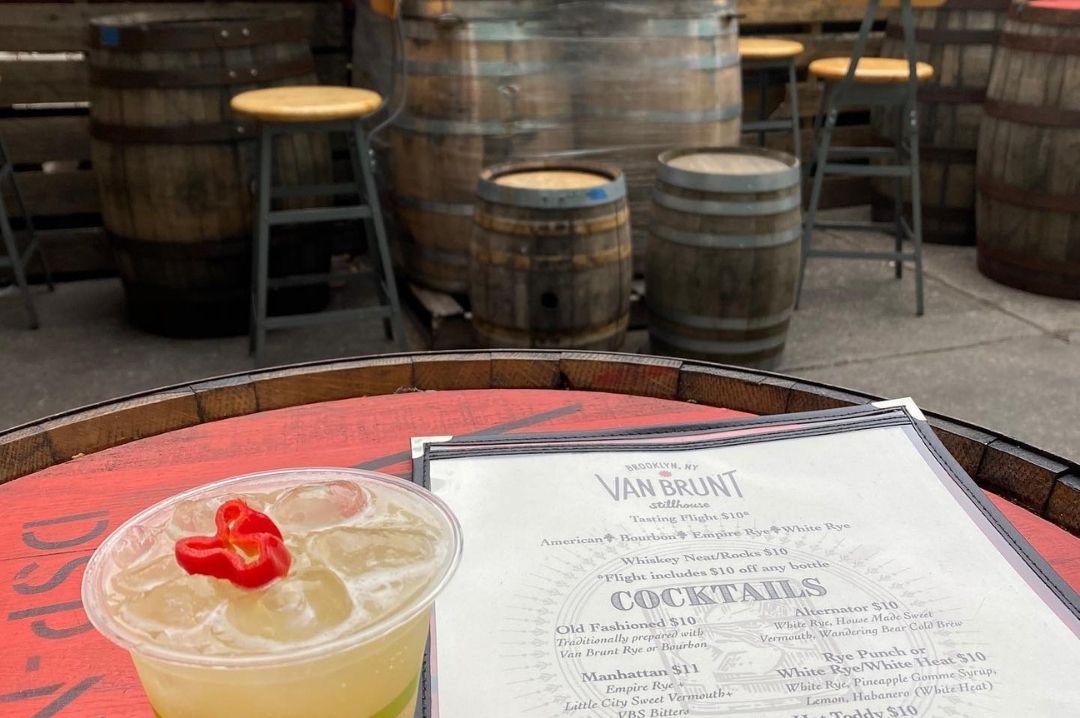 Kings County Distillery is the oldest whiskey distillery in New York City that’s still in operation today. Not only is it the oldest, but also the biggest premier New York whiskey distillery. It was established in 2010 in the Brooklyn Navy Yard’s Gatehouse’s entrance. Since then, this distillery has been involved in making good alcoholic drinks like bourbon, whiskey, gin, and even some handcrafted moonshine.

The Kings County Distillery is located at No. 299 Sands Street, Brooklyn, New York. 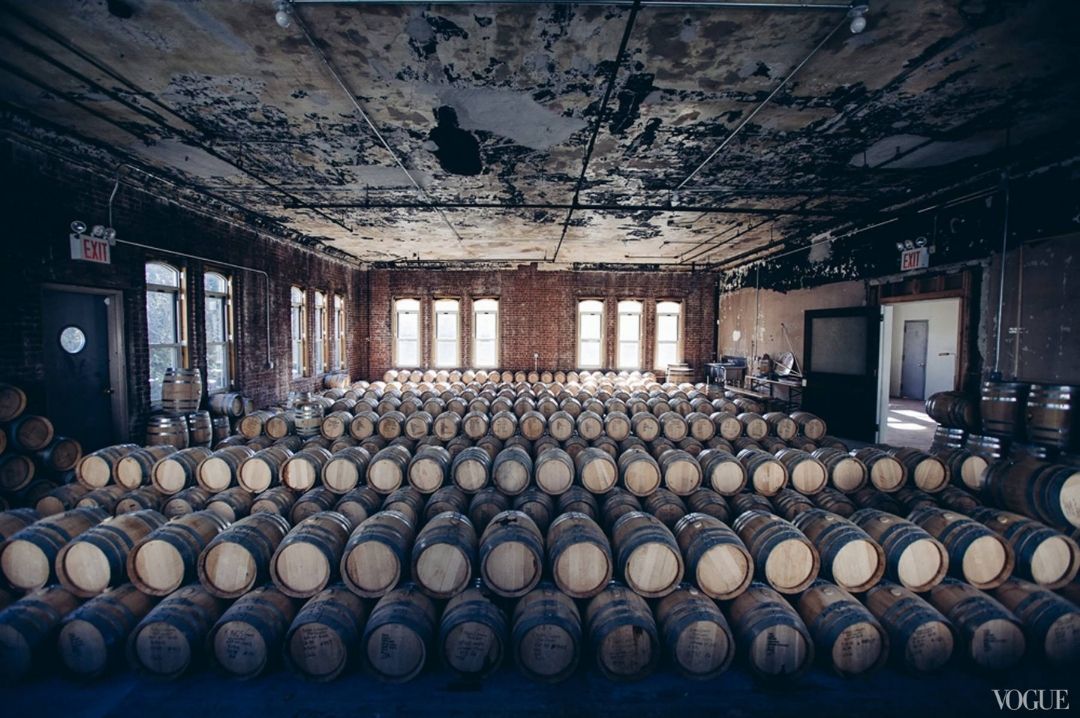 New York is known to be a cool spot naturally for having a bit of fun and letting loose – This same energy is found in their distilleries, which are responsible for distilling some liquid happiness and courage (as alcohol is sometimes referred to as).

It is a colorful experience that often needs to be experienced to be understood.

Going to a distillery or other such establishments is a way to involve yourself in the knowledge responsible for the creation of alcohols like whiskey, rum, vodka, etc.

Don’t think of it as a waste of time – No knowledge is wasted.